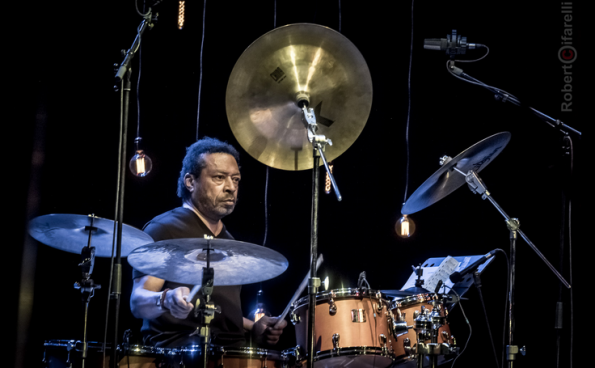 At the High School of Performing Arts, Benbow studied drums and percussion with Warren Smith and Morris Goldenbergof theNew York Philharmonic. Later at Mannes College he studied with Walter Rosenberger, also of the Phil, and with Dong Wong Park.While studying in the Jazzmobile with Freddie Waits and Albert “Tootie” Heath Benbow was introduced by Waits to jazz vocalist Betty Carter, and his career as a professional drummer began. He toured with Ulmer and played on Ulmer’s albums Odyssey, Bloody Guitar, Part Time, Live At The Caravan Of Dreams, and Reunion. In addition to his jazz work, he has also worked on Broadway, and has also worked in pop with Whitney Houston, Gwen Guthrie, LL Cool J, SWV, and Mary J. Blige.
Dezember 27th, 2022 by Afrigal