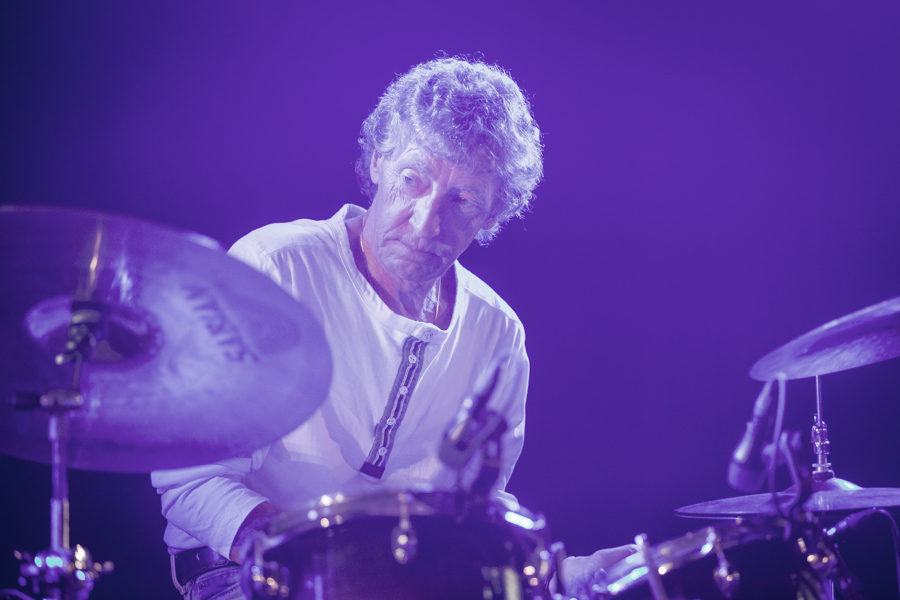 Pål Thowsen has won the Norwegian Grammy twice, in 1977 and 79, he has also been nominated five times for the same price.

In 1985 he was voted in as number 5 on the list of Europe’s best drummers in the German magazine “Jazz Forum.” In 2000 he received The Norwegian lifelong State income guarantee for artists.

He has made eight records in his own name and appeared on approx. ninety records with different artist and toured, played on tv and radio productions both with his own band and other groups. Since his career started in 1973, he has been playing his drums on Jazz festivals in Norway and Europe.

For the past three years he has been playing in the band Dag Arnesen Trio and he is teaching at the Norwegian Musical College. And he plays in the band Metropolitan.

His professional career started at the age of seventeen, playing the drums in Arild Andersen Quartet. And from 1974- 1978 he did four albums with the quartet: “Clouds in my head.” ECM. “Shimry.” ECM. “Green shading into blue.” ECM and “Jazz Jamboree vol.1” Warzava Rec. They toured all over Europe and in Norway playing on festivals and doing concerts. At the same time he also played in the jazz rock group Moose Loose. In 1973 he started his lifelong collaboration with Jon Eberson.

From 1974 to 1990 he made approximately 10 records with Ketil Bjørnstad, and he was the musical adviser for the record “Leve Pantagonia.” Polygram. This also led to several recordings with Ole Paus.

He played on the classic, “Nøkkelen ligger under matta.” (1974) with Finn Kalvik. In 1976 he entered the studio and did a remarkable record with his famous colleague Jon Christensen. For this record, “No time for time”, they received the Norwegian Grammy.

From 1977 to -79 he was a member of the Radka Toneff Quintet, besides touring they did the significant album, “It don’t come easy.” in 1979. And in 1979 he also won the Norwegian grammy for his own record, “Surprise.”

In 1983 he also toured all over Scandinavia with “The Scandinavian Today Tour,” led by Palle Mikkelborg. At this time he also worked a lot with Janne Schaffer and Bjôrn J:son Lindh.

With Jon Eberson he has played since the start of his carreer from smaller bands like the Net, and the quartet Halle Eberson Kjellemyr Thowsen, to the Jazzpunkensemble. And since 1998 he has also played concerts and recorded with “The Metropolitan feat. Beate Slettevold Lech.”

He is also playing in a trio with Sinnika Langeland and Bjørn Kjellemyr and for the record “Runoja.” Sinnika received the Edvard price in 2003.

The trio with Dag Arnesen, Thowsen, Gewelt, released the record “Time Enough.” in 2005, They started working together in 2004, and they and their next record will be relased in January 2007. They have toured Norway and played on a Molde Jazzfestival and Bergens Mai Jazz

In the 80´s he released solo albums in the west coast music style and also had a project with the singer Tor Endresen.